"The Divided Era: The Most Important Election of Our Lifetime" 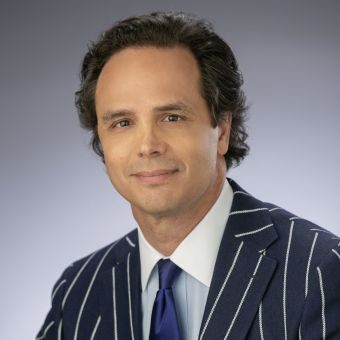 Tom Del Beccaro is an acclaimed author, speaker as well as currently a columnist for Fox News, Fox Business & the Epoch Times.  Tom is the former Chairman of the California Republican Party and former U.S. Senate Candidate from California. Tom is author of two historical perspectives, The Divided Era and The New Conservative Paradigm 1st Ed. & 2Ed, and is publisher of PoliticalVanguard.com, where he publishes daily commentaries along with other columnists.

As a radio and television commentator, Tom makes over 325 radio and tv appearances each year across the Country that are heard and seen by millions. Tom has appeared Fox & Friends, Fox Business News, Newsmax, OAN, the Wall Street Journal’s Opinion Journal and on KRON4 in the San Francisco Bay Area.

Tom has also appeared on the Fox, NBC, CBS and ABC affiliates in the San Francisco Bay Area.

Tom is best known for his insightful commentary and public speaking on topics ranging from foreign policy to economic reform. Tom has a unique ability to place our current times in the broader sweep of American and World history. By placing “the part in light of the whole,” Tom provides readers and listeners alike with a greater understanding of our times.

Tom first began writing about our growing political divisions over a decade ago – and with his book, The Divided Era, he explains the sources of disagreements and the potential for reconciliation.

*Note: Due to Covid-19 restrictions and guidance, only 50 guests allowed. After 50 guest RSVP, "overflow", October 6 will be another opportunity to attend.

Get your tickets! Last September event sold out in 2 days.